Have you ever get that feeling: “I really should open source this as a package!” just to step back and not doing it.

You maybe realized that you need to do a shitload of refactoring and you gave up.
However if you perceive the logic behind “open source makes you better” you might not give up next time.

How does open source makes you better? 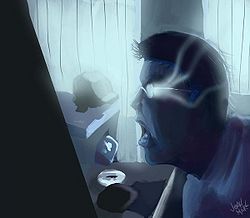 Believe me, you can make packages instead of nasty pile of codes that would burn out anyone’s eyes, even yours when you have to fix some bugs after a year of non-touching it.

There are also more advantages that you can imagine, like:

Of course we all have barriers that we need to overcome.

Do you dare to publish?

Seriously. Just do it. When I first published sendy-laravel I was scared and I never expected that 6900+ downloads and 34+ stars that it has now. I even received $20 donation. (by the way thank you my secret admirer)

When I launched my second laravel package announcement I tried to focus on being more developer friendly. Now I have a contributor who made some tweaks to it.
And guess what. I also made a “nearly proper” README which allowed me to re-use it much quicker / more easily. I really like it having docs. I certainly would not do it for myself before. Now I also have the tendency to document other people’s code. :D

I am thinking about digging up all my “nasty pile of codes” to refactor and publish them, in time.

But back to you.

All starts with a single commit and push to a public github repo. Your package might not be a big hit, but there is always someone in need of a package like yours.

You are getting so much from the community. It is always good to give back one way or another.